Innovative developments in the Resilient City of 2050 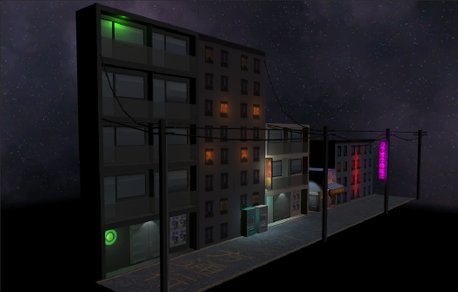 A project combining the roles of 3D modelling, Storytelling, Interaction, Game Programming, Audio Design and Art Direction to create a playable game scene set in the year 2050. The project is a collaboration between Avans CMD and Avans Expertise Center of Technical Innovation (ETI). “How can innovative developments at the interface between humans and technology be applied to the Resilient City and ensure the sustainability, quality of life and resilience of the city and its residents?” Is the central question the ETI asked of the students.

The story follows Yuto Sasori, a 15 year old Japanese boy. A so-called ‘hikikomori’, a trauma response developed by being orphaned at a young age. Yuto faces a big challenge when he is forced to go outside for the first time in years, accompanied by his house robot Naoki. Japan specifically Tokyo was chosen as a result of the social cultural problems surrounding robots and anxiety disorders. Robots are used for automatisation due to the fact that Japan has an aging population. Shinto Japan's indegenous religion, explains the fondness for robots. Shinto is a form of animism that implies that spirits, humans, animals, nature and inanimate objects have a soul.  In contrast to the west where robots are generally linked to a dystopian future.